GET FREE NO OBLIGATION QUOTE

WHAT IS 3D CAD MODELLING 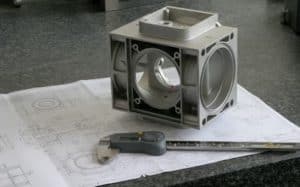 There are several different types of CAD, each requiring the operator to think differently about how to use them and design their virtual components in a different manner for each.

There are many producers of the lower-end 2D systems, including a number of free and open-source programs. These provide an approach to the drawing process without all the fuss over scale and placement on the drawing sheet that accompanied hand drafting since these can be adjusted as required during the creation of the final draft.

The 3D wireframe is basically an extension of 2D drafting (not often used today). Each line has to be manually inserted into the drawing. The final product has no mass properties associated with it and cannot have features directly added to it, such as holes. The operator approaches these in a similar fashion to the 2D systems, although many 3D systems allow using the wireframe model to make the final engineering drawing views.

3D “dumb” solids are created in a way analogous to manipulations of real-world objects (not often used today). Basic three-dimensional geometric forms (prisms, cylinders, spheres, and so on) have solid volumes added or subtracted from them as if assembling or cutting real-world objects. Two-dimensional projected views can easily be generated from the models. Basic 3D solids don’t usually include tools to easily allow motion of components, set limits to their motion, or identify interference between components.

There are two types of 3D solid modelling

What is a 3D CAD Modelling Service?

A 3D CAD Modelling Service uses 3D CAD Software such as Solidworks, Inventor, Catia or Pro-E for creating components in 3D. 3D CAD packages (as the name suggest) create 3D CAD models first from which one then an produce:

Most of our Designs start in 3D CAD, even though the drawings such as Manufacturing Drawings are 2D (so you can print them on paper). We only use 2D CAD (Autodesk AutoCad) for simple Mechanical & Electrical Drawings (MEP) as well as Schematics. Everything else gets created in 3D first, which is a far more efficient way to produce drawings these days.

Also relevant is that changes to parts do not get carried out within the drawings but within the 3D CAD model. The Drawings update automatically (one might have to add/delete a dimension or two). However, one does not have to update all the drawings views and check that they all align.

The majority of our projects are carried out with Solidworks. We own several Solidworks licenses which are supplied by our VAR.

Drawings Types that start of as 3D Models are:

Our Expert Engineers & Drafters are versatile enough to use any software that your process might require. We have successfully managed Drafting and Design projects involving software such as AutoCAD, ArchiCAD,Solidworks, Revit Architecture, Architectural Desktop, Microstation, and 3D Studio Max. 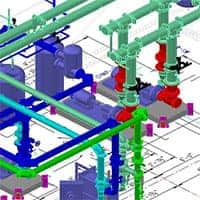 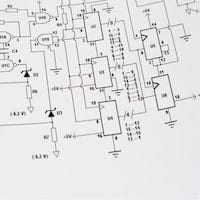 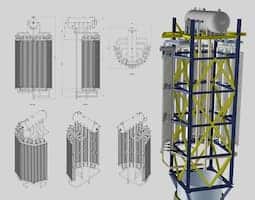 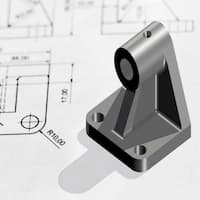 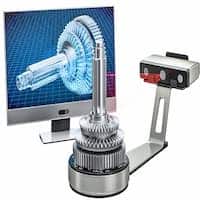